Armored Core 6 was recently revealed, after having been heavily rumoured for many years. This is great news for fans of the tough-as-nails mech series, especially given that there hasn’t been an Armored Core game since 2013. Since then, FromSoftware has become a world-renowned studio, and experts at combat-driven RPG games.

It’s clear that Armored Core 6: Fires Of Rubicon is primed to be a slightly different experience to its predecessors, one that will hopefully incorporate everything the developer has learned over the last decade of game design. From what we’ve heard, the is still very much an Armored Core game, so those hoping for some Souls-like twists may be disappointed at launch.

For now, we don’t know all that much about Armored Core 6. A trailer has been revealed, and we know that it is planned for release this year. As we progress through 2023, it’s likely that we will hear more and more on the game. When new information is released, you’ll find it here. While we wait for more on Armored Core 6, here’s what we know so far.

Armored Core 6 is currently slated for a 2023 release. Beyond this, we don’t know exactly when it will release. Given that it was only revealed at The Game Awards 2022 (which aired in December), we’re likely at least six months out from release. We’ll be sure to update this page once we hear more.

So far, only one trailer has been released for Armored Core 6. It introduces some of the themes for the game, and gives us our first look at the new graphics style. Clearly the game is going to look great. For now, no gameplay has been shown off. 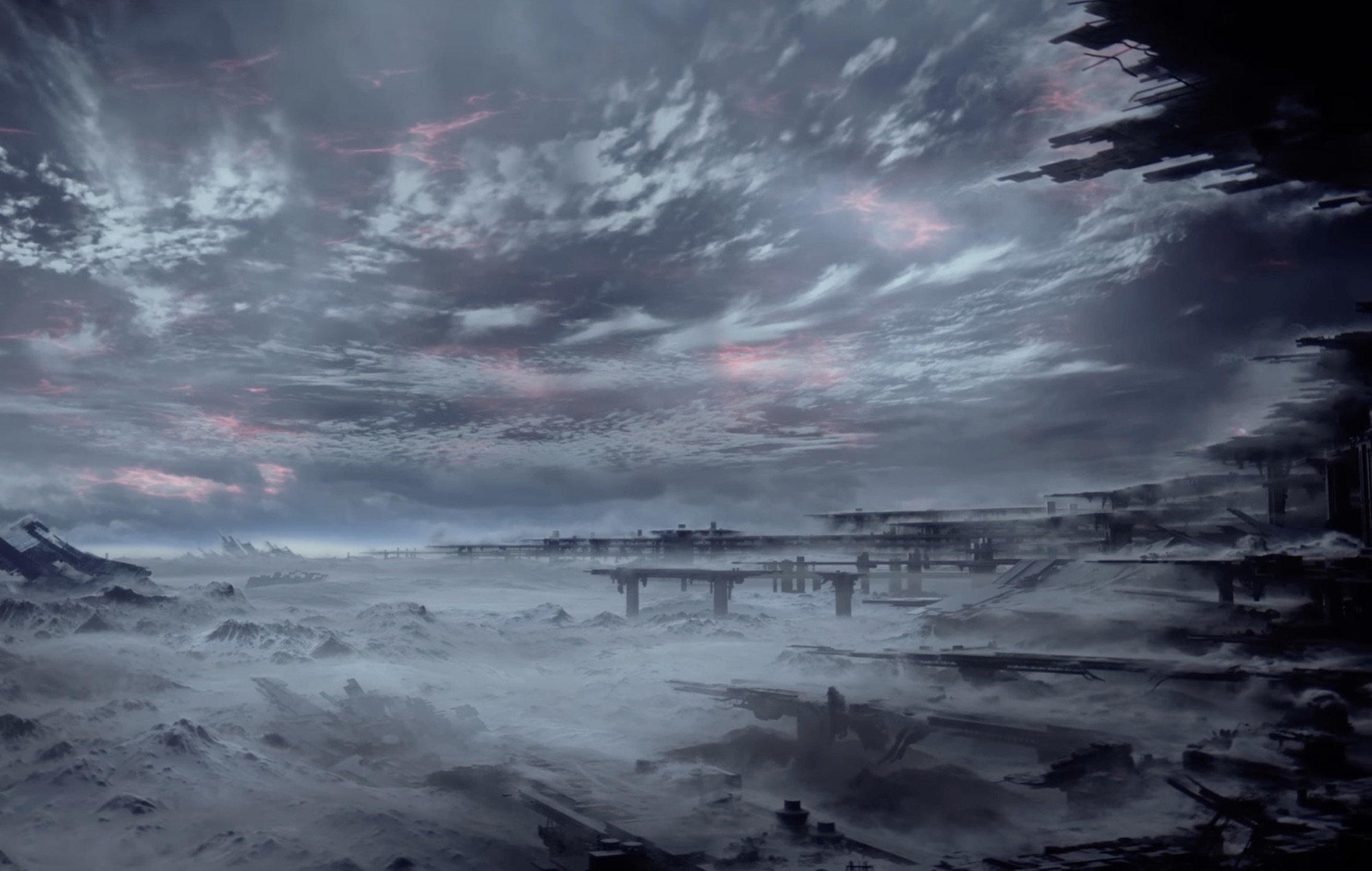 At present, very few details have been shared about Armored Core 6. The game does have an official website already however, which does give some info on what to expect. First off is this description of gameplay:

“In ARMORED CORE VI FIRES OF RUBICON, players will assemble and pilot their own mech with 3D maneuverability to move freely through three dimensional fast-paced missions.”

Not too much to go on there, but at least we do know that mech customisation will once again be a major focus. In terms of story, a new substance has been discovered on a planet called RUBICON-3. This substance was hoped to advance human technologies, but instead caused a catastrophe, engulfing the entire surrounding solar system in fire. 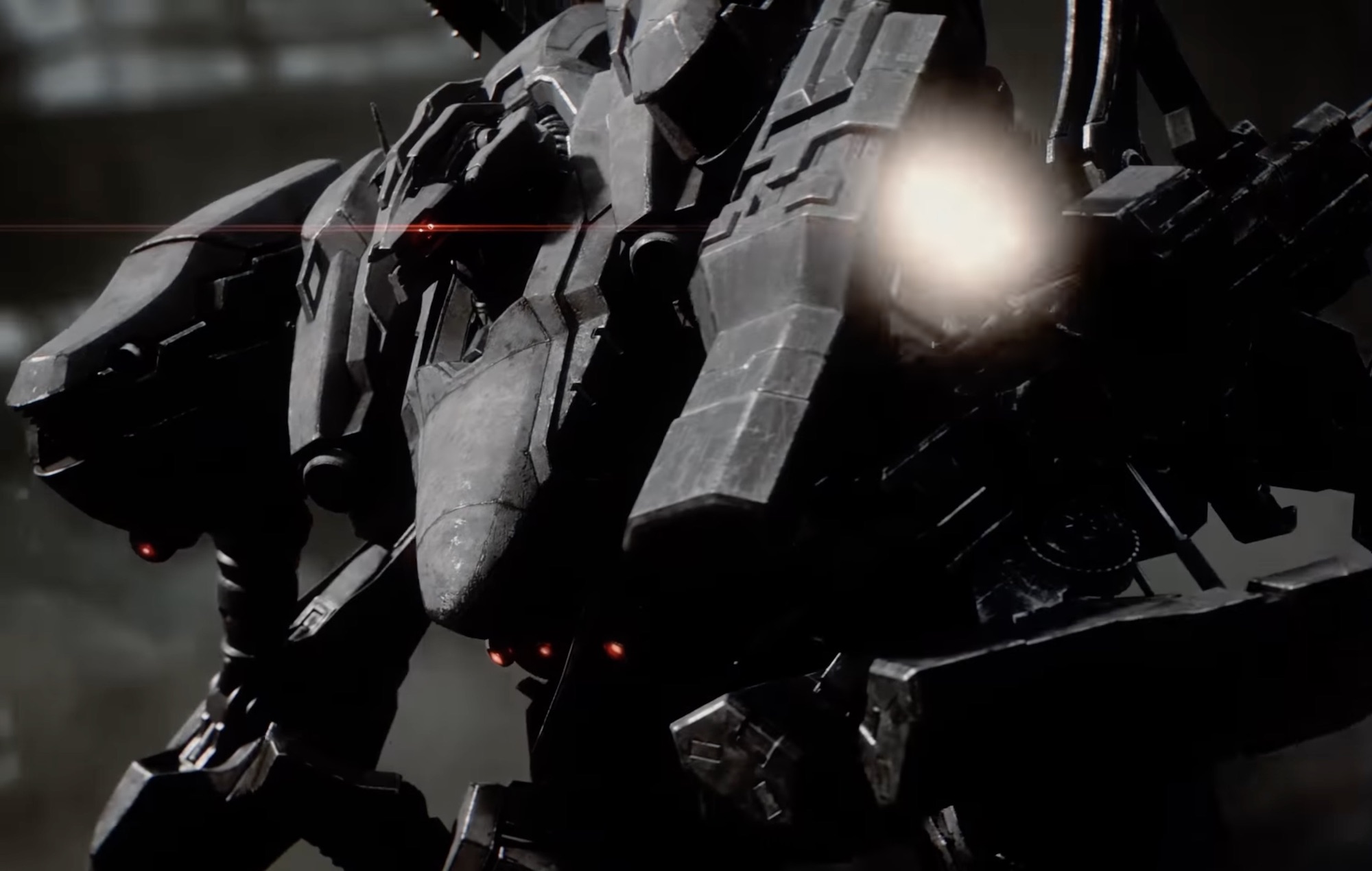 Half a century later, factions fight over the substance found on RUBICON-3. This is where Armored Core 6 picks up. The player will act as an independent mercenary, sent to the planet to help control the war that has broken out.

“The main focus in AC6 – on the story mode at least – is having that story develop and play out,” Yamamura said. “We’ve concentrated on single-player for the story mode.”

They went on to reveal that while single-player is indeed the main focus, PvP will be available in versus modes.

As new information is released on Armored Core 6, you’ll find our coverage below:

That’s all you need to know about Armored Core 6. It’s still early days in its promotion cycle, and as such we will likely see more information shared later on in the year. For now, check out our look at 12 games to get excited about in 2023.

Elsewhere in gaming, Bloober Team, the developer behind Konami‘s upcoming Silent Hill 2 remake, has shared that it has only made “very safe” changes to the original game.

This content was originally sourced and posted at NME »
Disclaimer/Note: TGM Radio’s latest news posts are a collection of curated and aggregated, fresh content from the best news sources across the globe.

Have your favourite song played on TGM's dedicated Shouts, requests and dedications show!

Request your song below and be sure to listen in.See the Timetable for more info.

Login as a Presenter

Login to access and update your presenter biography and more.

Get involved and be a part of TGM Radio's exciting competitions and giveaways with great prizes to be won!

Want to represent and reach with your own show on TGM Radio?

Complete the form, including an upload of a short demo mix, and we'll be in touch!

We Are TGM Radio…

By now you probably realize you have discovered a very special website. Behind this site thrives an innovative, original, and fresh radio station that will be run by dozens of hosts with a passion for radio.

TGM Radio is the brainchild of Dane Thompson, a London entrepreneur who set out to realize his lifelong dream in an industry that has standardized on big-name hosts and celebrities.

The idea of delivering radio over the Internet led Dane to envision a new and different kind of radio station, one that would offer its listeners a variety of original programs with great entertainment value. What he had in mind, however, was a mainstream radio station that offered a variety of light, entertaining programs in the form of live streaming and on-demand listening.

All new hosts are encouraged to produce their own material and play however they want. This will create a relaxed, creative environment that brings hosts together and lead to a shared effort.

At TGM Radio Our programs will be of the highest quality. We’ll find you the best radio hosts for our station, so that what you’re listening to always sounds good. TGM Radio programming will have the best music (past and present), the latest hits from charts local and international, news and local traffic & weather.

Our aim is to Provide a continuous broadcast community radio and online. Give hosts the freedom, and opportunity to express their diverse voices through radio. Create contemporary sound and music and promote it to new audiences. Develop the capacity of the station to enable it to flourish.

TGM Radio welcomes you onboard and urges you to get ready for a musical journey.

At TGM Radio, accessible from https://tgmradio.com/, one of our main priorities is the privacy of our visitors. This Privacy Policy document contains types of information that is collected and recorded by TGM Radio and how we use it.

We are a Data Controller of your information.

Team Gorilla Music Ltd legal basis for collecting and using the personal information described in this Privacy Policy depends on the Personal Information we collect and the specific context in which we collect the information:

Team Gorilla Music Ltd will retain your personal information only for as long as is necessary for the purposes set out in this Privacy Policy. We will retain and use your information to the extent necessary to comply with our legal obligations, resolve disputes, and enforce our policies.

If you are a resident of the European Economic Area (EEA), you have certain data protection rights. If you wish to be informed what Personal Information we hold about you and if you want it to be removed from our systems, please contact us.

In certain circumstances, you have the following data protection rights:

TGM Radio follows a standard procedure of using log files. These files log visitors when they visit websites. All hosting companies do this and a part of hosting services' analytics. The information collected by log files include internet protocol (IP) addresses, browser type, Internet Service Provider (ISP), date and time stamp, referring/exit pages, and possibly the number of clicks. These are not linked to any information that is personally identifiable. The purpose of the information is for analyzing trends, administering the site, tracking users' movement on the website, and gathering demographic information.

Like any other website, TGM Radio uses 'cookies'. These cookies are used to store information including visitors' preferences, and the pages on the website that the visitor accessed or visited. The information is used to optimize the users' experience by customizing our web page content based on visitors' browser type and/or other information.

Third-party ad servers or ad networks uses technologies like cookies, JavaScript, or Web Beacons that are used in their respective advertisements and links that appear on TGM Radio, which are sent directly to users' browser. They automatically receive your IP address when this occurs. These technologies are used to measure the effectiveness of their advertising campaigns and/or to personalize the advertising content that you see on websites that you visit.

Note that TGM Radio has no access to or control over these cookies that are used by third-party advertisers.

TGM Radio's Privacy Policy does not apply to other advertisers or websites. Thus, we are advising you to consult the respective Privacy Policies of these third-party ad servers for more detailed information. It may include their practices and instructions about how to opt-out of certain options.

You can choose to disable cookies through your individual browser options. To know more detailed information about cookie management with specific web browsers, it can be found at the browsers' respective websites.

Another part of our priority is adding protection for children while using the internet. We encourage parents and guardians to observe, participate in, and/or monitor and guide their online activity.

TGM Radio does not knowingly collect any Personal Identifiable Information from children under the age of 13. If you think that your child provided this kind of information on our website, we strongly encourage you to contact us immediately and we will do our best efforts to promptly remove such information from our records.

Our Privacy Policy applies only to our online activities and is valid for visitors to our website with regards to the information that they shared and/or collect in TGM Radio. This policy is not applicable to any information collected offline or via channels other than this website.